A vow renewal is always going to be special. A couple who, for whatever reason, want to reconfirm to the world or just their family that they are still in love and still intending to walk side by side in life. This year I was really touched by a request for a vow renewal ceremony on a couples 40th wedding anniversary.  40 years! The ceremony was organized by the couples daughter and although the couple filled in my questionnaire with their history, it was their daughter who checked the script and signed it off. The couple would be hearing the ceremony for the first time on the day.  Not nerve wracking at all!

The day before, I met up with the daughter and her partner to show them the ceremony venue. They had never been to Rhodes before and chose the venue from photos. I knew they wouldn’t be disappointed, but even still! Though the family have holidayed in some very beautiful and exotic destinations, the view of the blues of Greece never disappoint! This little spot set up a mountainside overlooking the sea is as impressive as any.

The following day was ceremony day and we were enjoying a heatwave aptly named ‘lucifer’, named undoubtedly after the expression ‘as hot as hell’.  The temperature was touching 40 degrees at 6pm and the humidity was threatening to turn us all into sweaty messes. All except the gorgeous bride who was cool and collected in her fabulously air conditioned car.  Sadly there was no room for me to join her. I did suggest just the three of us could do the ceremony in the car and skype it out to the sunshine for the rest of the friends and family, but sadly they declined this offer.

And so we began.

There were a couple of people who wouldn’t be at the ceremony, important characters no longer alive, but who played a significant and loving role in the marriage.  We remembered them by lighting a candle and a few words of remembrance during the ceremony.

I wrote the ceremony to tell the love and life story of this wonderful couple, how they met and fell in love, how they stayed together and how they truly succeeded in life, achieving an ultimate goal of happiness and fulfillment. I included a quick rundown of some of the major world events that had occurred during their 4 decades of married life and of course the children and grandchildren.

I had been told that the bride’s sister would do a reading. I always ask about the readings as I like to be able to blend them into the ceremony to keep the flow. However the chosen reading was never disclosed during the writing process so I was going in blind (or deaf?) here. I had considered a few readings to include myself, and one that perfectly captured the essence of the couples deep and enduring relationship is the popular excerpt from Louis de Bernieres ‘Captain Corelli’s mandolin’

“Love is a temporary madness, it erupts like volcanoes and then subsides. And when it subsides you have to make a decision. You have to work out whether your root was so entwined together that it is inconceivable that you should ever part.”

But something held me back and instead I opted for the words of George Elliot:

So when the time came for the reading I was delighted to hear a very emotional and touching delivery of the full excerpt from Captain Correlli’s Mandolin! I love it when family or friends do readings, it makes the ceremony so inclusive and it’s such an honour for the couple too.

They had written new personal vows, beautiful words from the heart about what they meant to each other and promises for the future.

We finished our ceremony with Nathan Sykes, ‘Over and over’ and enjoyed a glass of fizz in  the shade while enjoying the view.

It’s such an honour to do this job.  Every couple I meet are inspirational in their own unique way.  And I think 40 years is really something to shout about. Don’t you?

If you are thinking about renewing your wedding vows, get in touch and lets talk about your ceremony!

Some more photos of this beautiful venue, Aghia Sophia in Kalithea, Rhodes:

Glimpses of the sparkling aegean see

A great place to make an entrance to your ceremony

All eyes to the entrance

Beautiful views all round

“Love is a temporary madness, it erupts like volcanoes and then subsides. And when it subsides you have to make a decision. You have to work out whether your root was so entwined together that it is inconceivable that you should ever part. Because this is what love is. Love is not breathlessness, it is not excitement, it is not the promulgation of promises of eternal passion. that is just being in love, which any fool can do. Love itself is what is left over when being in love has burned away, and this is both an art and a fortunate accident. Those that truly love have roots that grow towards each other underground, and when all the pretty blossoms have fallen from their branches, they find that they are one tree and not two.”

5 Things which never fail to surprise me at Wedding Ceremonies

The last minute one – the bits I loved from 2017 continued 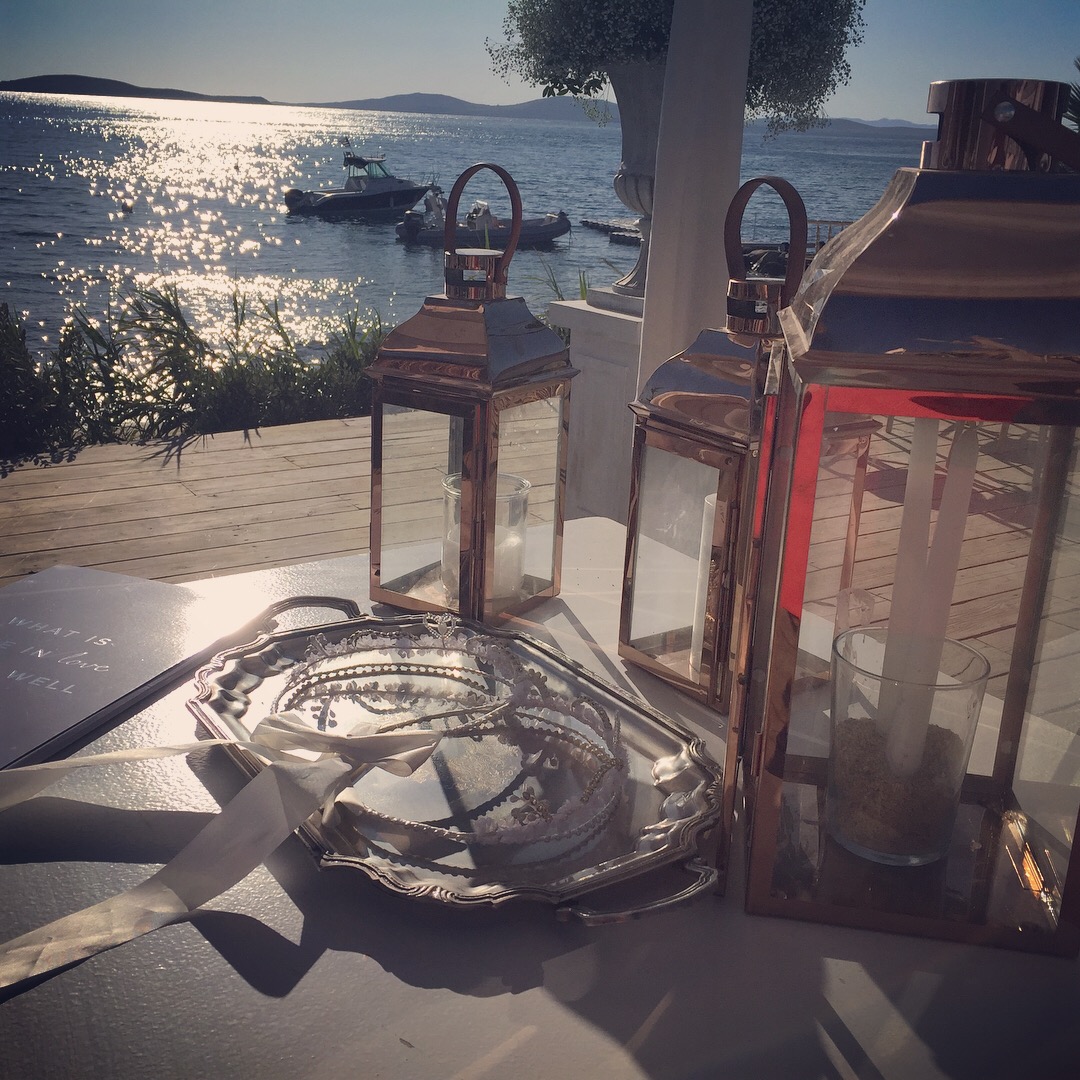 Get your Greek on – the bits I loved from 2017 continued

Flashmob reading – the bits I loved from 2017 continued

Your wedding ceremony at Philosophia

5 reasons to get married in Lefkas
0 replies

Want to join the discussion?
Feel free to contribute!